Local Communities are Driving Broadband Speed Mapping in the US

Over the past few years, M-Lab has supported an increasing number of local communities, municipalities, regional coalitions, and others who are interested in understanding the state of broadband service in their area. In every case, communities come to M-Lab because of the openness of our data. Combined with M-Lab’s open source code and community examples, we’ve been able to further support communities in building and running their own broadband measurement test sites and broadband community surveys, to support local outreach, advocacy, and planning. 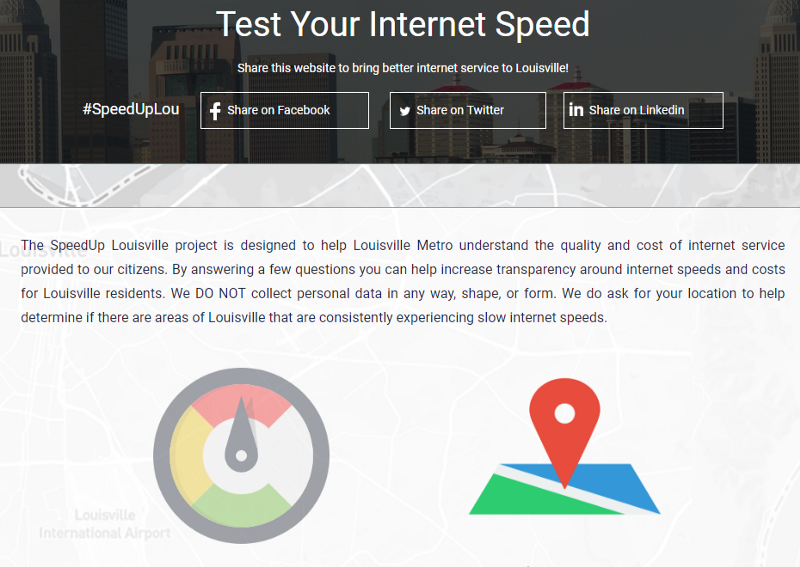 One of the most recent and impactful municipal efforts in broadband mapping and testing came from Louisville, Kentucky. The city partnered with a local tech startup and M-Lab to produce the website SpeedUpLouisville.com. By integrating M-Lab’s NDT test and aggregating the locally collected results, Louisville was able to direct a part of their fiber buildout funding to better serve areas of the city that were not already well served.

M-Lab is excited to continue supporting continued work on tools like Louisville developed, and others. In the spirit of open government and open innovation, Louisville has just announced that Tech Oregon’s Hack for a Cause based in Eugene, Oregon will be taking up the challenge of making the technology Louisville developed available to every city and community in the US. Hack for a Cause will host a hackathon April 26-28, 2019 in Eugene, focused on this work, and M-Lab is excited to be there to participate and support the community.

Whether or not it’s our tests and data, M-Lab is happy to see the growing grassroots interest in digging into the data at a local level. Everyone is interested in how we can make the internet better, and the data gives us a place to start. Even at a local scale, you can have a big impact if you can start to better understand the issues.