Many people know M-Lab and our TCP performance test, NDT, from running it in a web browser. Perhaps the largest single source of NDT tests comes from its integration by the Google Search team. While M-Lab is known for the large volume of crowdsourced test data resulting from people running our tests, over the past few years we’ve developed new ways to run our tests and open source Internet measurement tests from other platforms using a tool we’ve called Murakami. 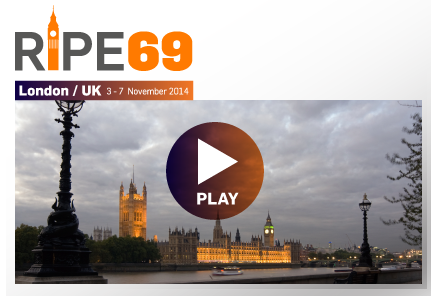 On Thursday Nov. 6, Collin Anderson gave a talk at the RIPE meeting in London. Collin has been immersed in the M-Lab data for some time, and helped lead the recently published technical report, ISP Interconnection and its Impact on Consumer Internet Performance. He presented a lyrical overview of these research findings for the assembled crowd of network operators and researchers, which is archived on the RIPE website.

Typhoon Haiyan was a tragedy, and its human and ecological impact rightly deserve the bulk of our attention and concern.

Keeping this in mind, we are gratified to see the Internet Researchers at RIPE NCC using open Internet measurement data to analyze the health of Philippines’ core Internet infrastructure in the wake of Haiyan. Unlike much of the news related to the typhoon’s aftermath, the RIPE NCC’s conclusions on the impact of Haiyan on the Philippines’ core Internet infrastructure are tentatively hopeful: the damage appears to be moderate, and highly localized.

Are you the kind of person who wonders…