These example visualizations illustrate how others have explored the state of networks using M-Lab data.

These visualizations illuminate the state of networks using M-Lab measurements.

The Observed Network Activity widget, which shows the distribution of actively used IP addresses within a specific country or network during a user-defined time period. An IP address is considered “active” if it originated an NDT test.

The [Observed Bandwidth Capacity widget](https://stat.ripe.net/widget/bandwidth, which shows the bandwidth distribution within a specific country or network during a user-defined time period, as measured by NDT.

The image below is taken from an animation that shows each NDT test run between February 2009 and November 2012 as a small dot. For more information about how the chart was created, see http://dominichamon.com/blog/2012/12/visualizing-m-lab-data-with-bigquery-part-two/. 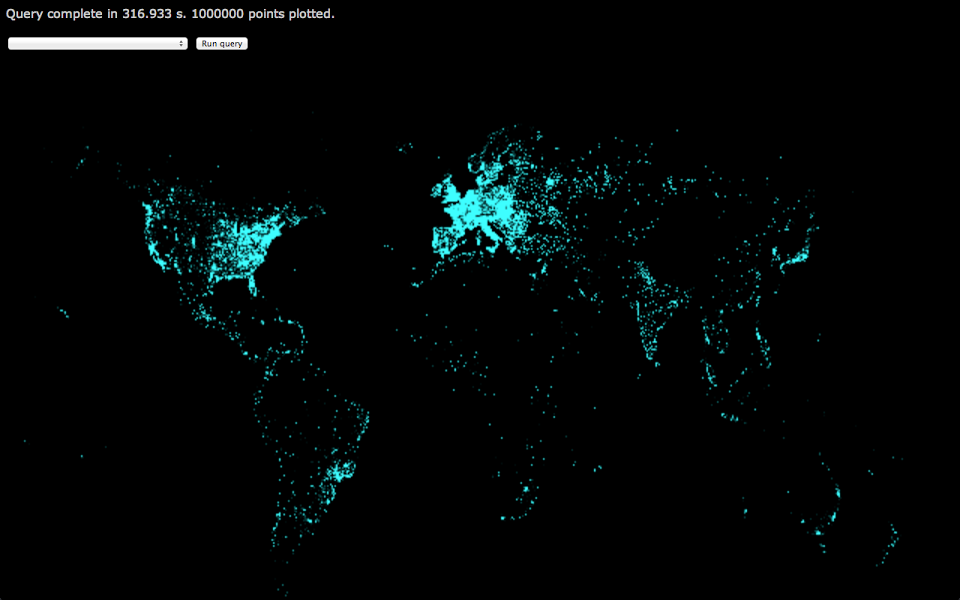